Okay, so here’s a topic that’s come up pretty often with readers… and it’s also one that’s affected me personally. 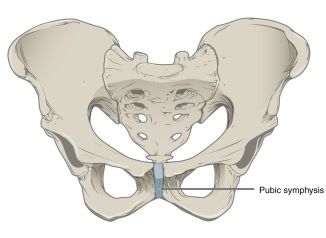 Sometimes this pain and snapping can mean that you have a somewhat serious issue that you need to attend to.  But sometimes, it can just be muscular.

So for your own peace of mind I want to tell you, personally, about the crazy symptoms I’ve had when some of these muscles get tight.

Ok… which muscles are we talking about?

The hip flexors are mainly responsible for hip flexion… aka raising your leg straight out in front of you.   They are the main actors when you move your leg forward to take a step.

There are actually two muscles which together make up the hip flexors, as you can see in this picture.  It’s the psoas major and the iliacus:

This picture also shows us the hip adductor group of muscles.

You can see in the picture that we have the adductor brevis, adductor longus, adductor magnus, gracilis, and the pectineus.

These muscles all work together to perform hip adduction, which essentially means moving our leg inwards towards the center of our body.

Here’s a video that shows hip adduction– when the person is moving his leg towards his other leg:

I’m just including the video to show you what these muscles do.  (I didn’t give you hip flexion because it probably sounds obvious).

However, unlike in the video, in this post we are not talking about how to strengthen these muscles… we’re talking about what happens when they’re overworked.

In my experience, tight hip flexors and tight hip adductors can actually cause pretty crazy sensations throughout the front of the pelvis.

For example, in the picture above, you can see how the hip adductors attach directly to the pubic bone.  When these muscles get tight on me, I have actually gotten some pretty crazy snapping sensations that have made me freak out and think I have pubic symphysis dysfunction.

Now, that’s not to say that my pubic symphysis has never moved out of alignment.

But there were a few times throughout my 5 year saga of SIJD when I’d show up at my chiropractor’s office on the verge of tears, thinking there was something seriously wrong with my pubic symphysis, and he’d check it and say no… it was actually okay.

(And yes, having someone check it is slightly awkward, but when you’re in that much pain you really don’t care).

But I want to reassure you that you can also have snapping right around the area of the pubic symphysis and have it actually be your hip adductors.

Similarly, when the hip flexors get tight, they can also cause painful snapping sensations and, sometimes, even produce a popping sound.

This, of course, would definitely make just about anyone freak out.  My tight hip flexors have definitely made me panic thinking I had a labral tear of the hip, because it can be a very awkward sharp pain in the area directly over the front of the hip socket.

(Let’s go back to the iliacus and the psoas major once again):

However, rather than an issue in the actual hip socket, often people instead have what’s known as snapping hip syndrome (check out this WebMD article for more).

I have also had crazy radiating pain shoot up from my hip adductors, specifically.   It’s not just that they were tight in the area over the pubic symphysis.  Instead it’s that the whole muscle would be spasming, and I’d massage the muscle halfway down my thigh and get radiating pains up the front of my pelvis.

In a way, though, its actually a relief when this happens, because I personally would much rather have pain coming from a tight muscle or trigger point, than a problem with an actual joint.

So… this is not to say you shouldn’t get checked out, if you have concerns.

No… I don’t mean that at all.  Please never take my blog as a substitute for medical advice.

But… you can read this article if it helps you not to freak out in the meantime.

Honestly my hip adductors are really tight right now and it is not comfortable.  So I’m partially writing this post for myself, so I remember not to freak out the next time I get a snapping sensation right over the pubic symphysis!

If you are having snapping, anywhere… please do go see your doctor.  (Start with your primary care doctor, but I also recommend seeing a specialist such as an orthopedist or physiatrist).

But just know that there’s a good chance it will be muscular (aka easily fixable!).

How to fix tight muscles:

Have you done something differently?

In my personal experience, usually these muscles get tight when I start doing a new exercise or something that tires them… and I start doing it a lot.

For example, when I first started doing the Muscle Energy Technique more than once a day, that’s the time it really set off my hip adductors.  (It was the shotgun technique, aka squeezing my legs together, that did it.  Technically, this technique can actually be used to realign the pubic symphysis, but like all good things, it’s possible to overdo it).

That experience definitely made me realize why my PT made me promise to only start out only using MET once a day.

But basically, I backed off, and did a little extra stretching, and the problem mostly went away on its own.  (When it’s a short-lived problem like this, it actually can go away on its own, which is pretty shocking to those of us used to dealing with chronic SI joint dysfunction!).

However, you can also try using ice or heat on the area.  (In particular, you might want to try a moist heating pad— I’ve found they can be way more effective than the regular ones!).

And, of course, I always recommend physical therapy.  A regular orthopedic PT can help show you some stretches, and a pelvic floor PT might actually be able to help with some of those hip adductor muscle attachments, if you’re concerned about the pubic symphysis.

If you want to get a regular massage therapist to help you with these muscles…  well, they can reach part of them.

Obviously a massage therapist is not going to be able to target your hip adductors where they attach to your pubic bone (that’s why there are pelvic floor PT’s!).

But I’ve had a regular massage therapist work on my hip adductors where they run closer down to the knee, and even that can actually make a big difference.  (Although I recommend you check out my post on how to get a good massage when you have SI joint dysfunction).

Okay… that’s all I’ve got for now!

If you want to know more, check out:

The joint at the front of the pelvis: the pubic symphysis

Why I love moist heating pads

As always, I hope this was helpful!  If you’re having pain in this area, call your doctor… but also know that it could very well be muscular.  🙂

**How did I get my hypermobility diagnosis?**
Ok, so maybe everyone won’t get this post, but I feel you guys will understand...
I’ve been working on some of my own illustrations recently + a *new blog post!* What is an upslip?

I’m writing this blog to share what I’ve learned as a patient with SI joint dysfunction.  This information is for educational  purposes only, and is not meant as a substitute for medical advice.